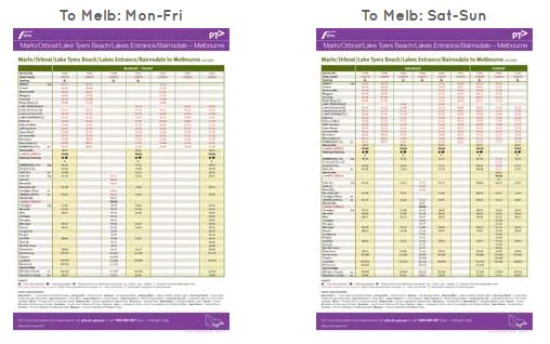 Train and Bus timetables from Melbourne to Marlo.

Lakes Entrance has several Bus Stops, which connect to the V/Line Train at Bairnsdale.

The V/Line train then continues onto Melbourne, usually stopping at most towns in between.

The service terminates at Southern Cross Station in Melbourne after passing through Flinders Street Station.

Trams and Buses, including the SkyBus to the Airport, are available at Southern Cross Station in Spencer St, Melbourne.