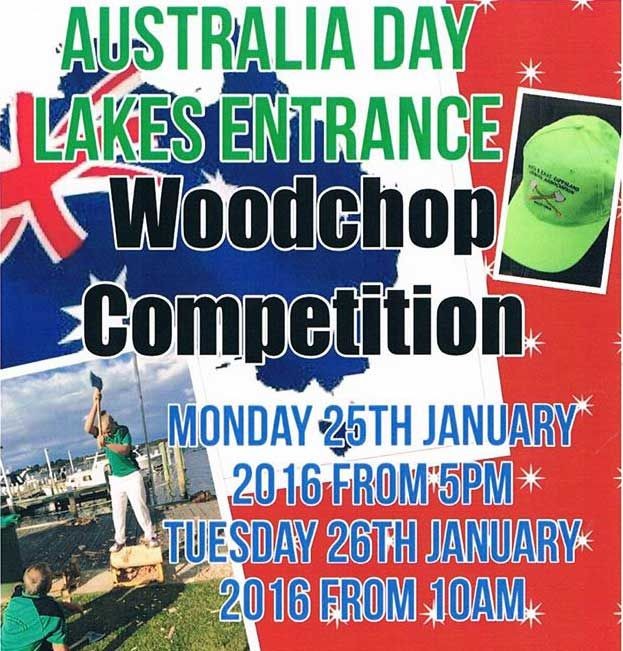 The next big event for Lakes Entrance after the Beach Netball Competition, will be the Lakes Entrance Australia Day Woodchop. Monday 25th January, 2016 from 5pm, which will be a warmup event for teams and then the main event and competition on Tuesday 26th January, 2016 from 10am - 4pm. The competition will be held on the grassed area on the foreshore between the Rotunda and Chants Carnival. Bring along your chair/blanket relax and enjoy this fantastic event.

If you're looking at coming to Lakes Entrance during the Summer, visit our website for some great Lakes Entrance Accommodation deals www.lakesentrance.com .

Weekly What's On in Lakes

No comments made yet. Be the first to submit a comment
Tweets by @lakesentrance